Mr Morrison did not comment directly on that assertion on Saturday, but welcomed the AFP’s investigation into Ms Higgins’s complaint.

«Now, that is not something the government can force, we cannot do that.»

Ms Higgins revealed her story last week, alleging she had been raped by a fellow staffer in the office of then-defence industry minister Linda Reynolds in March 2019.

The man was sacked in the days after the incident, and Ms Higgins argued she felt her complaint against him was jeopardising her career in politics.

On Friday, she announced she had «re-engaged» with the Australian Federal Police (AFP), pressing ahead with a formal complaint and asking them to undertake a «comprehensive» investigation to ensure her alleged perpetrator faced the «the full force of the law.»

The second woman, who has not been identified, has told The Weekend Australian newspaper she is also a former Liberals staffer.

She alleges the man raped her last year, after the pair had dinner and drinks.

She has told the newspaper she has come forward to help Ms Higgins shine a light on the culture in Federal Parliament, and suggested her assault may never have happened if Ms Higgins had been properly supported in 2019.

Federal Opposition Leader Anthony Albanese said it would be for others to decide whether the second alleged rape could have been avoided by handling the initial incident appropriately.

«But it’s very clear that in 2019, Ms Higgins was made to feel, according to her own account, was made to feel that there would be consequences for her career if she pursued the matter,» Mr Albanese said.

Ms Higgins’s rape allegations have rocked the nation’s capital, and posed serious questions about whether the incident was covered up.

Mr Morrison has been hit with repeated questions about what his office knew of Ms Higgins’s complaint, and whether his staff failed to pass on details they learned of the alleged rape. 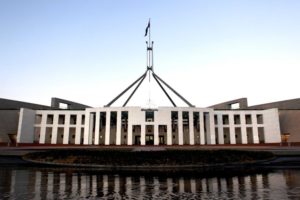 Mr Morrison has apologised for the way the matter was handled, and said he had asked his staff what they knew about the incident.

There are now four investigations underway, in addition to the AFP inquiry, including into which staffers in the Prime Minister’s Office (PMO) had knowledge of the assault allegation.

The Prime Minister said Ms Reynolds, now the Defence Minister, had his confidence to remain in Cabinet, despite questions about her handling of the complaint.

Former prime minister Julia Gillard has offered her support to Ms Higgins, saying she was «horrified both by the incident, and the aftermath».

«I hugely admire Brittany Higgins’s courage in coming forward with her account of her rape in Parliament House,» Ms Gillard said in a statement.

«Ms Higgins’s bravery should lead to genuine change in the workplace culture within Parliament at all levels, and I support calls for an independent and comprehensive review.»

Ms Gillard offered the support of the Australian National University’s (ANU) Global Institute for Women’s Leadership, which she chairs, in developing codes of conduct for parliament.