The Northern Territory’s anti-corruption watchdog has revealed hundreds of government buildings may not comply with its own occupancy regulations, including Parliament House, Royal Darwin Hospital and the Darwin prison.

By Jano Gibson and Thomas Morgan

The Northern Territory’s anti-corruption watchdog has revealed hundreds of government buildings may not comply with its own occupancy regulations, including Parliament House, Royal Darwin Hospital and the Darwin prison.

In March, the Independent Commissioner Against Corruption, Michael Riches, launched an investigation into the use of Darwin’s main sporting venue, Marrara Stadium, which has not had an occupancy certificate since it was built in the 1990s.

On Friday, Mr Riches said he has now expanded his investigation after obtaining details about other venues across the territory, which also do not have the required certification.

“I have received information suggesting there may be more than 300 other sites, either owned or leased by the Northern Territory Government, with buildings or structures that do not presently comply with occupancy certification requirements under the Building Act 1993 [NT],” he said.

Mr Riches said the affected sites include Parliament House, the prison at Holtze, the Royal Darwin Hospital, the Darwin Entertainment Centre, as well as numerous public schools and police stations.

Investigation to probe how ‘non-compliance’ has occurred 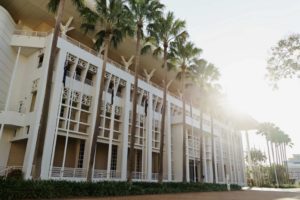 The seat of the Northern Territory Legislative Assembly since 1994, Parliament House is among the buildings deemed non-certified.(ABC News: Michael Franchi)

On its website, the government described occupancy certification as a “statement that building work has achieved a particular level of safety, health and amenity and is suitable to occupy”.

Mr Riches said he would conduct a joint investigation with the Ombudsman “to assess the extent of non-compliance and why and how it had occurred”.

“We want to hear from any person, particularly those who work in building, certification and building insurance industries, who might have information relevant to this investigation,” he said.

In response to questions from the ABC, Infrastructure Minister Eva Lawler said preliminary investigations showed the buildings affected were “safe for ongoing occupancy”.

The Northern Territory’s anti-corruption watchdog has confirmed it is investigating the NT government over a stadium that could be in breach of the Building Act. 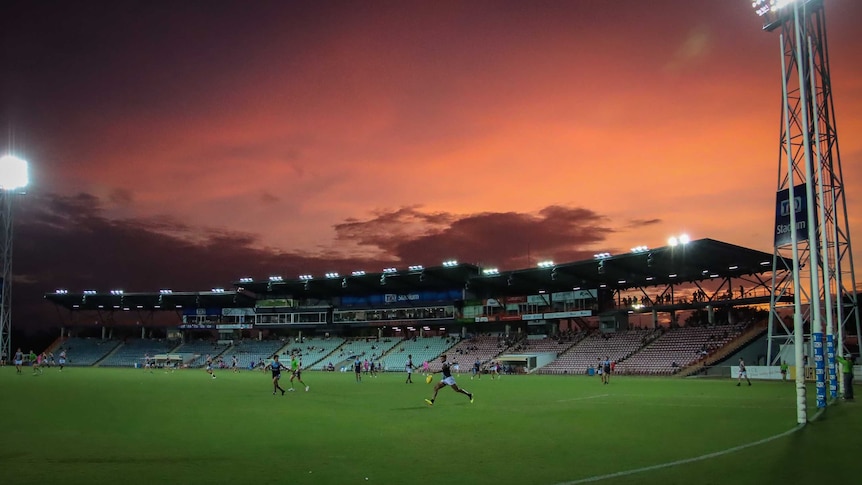 She said certification of many government-owned structures was not done for “various reasons”.

“We are the government who is doing the work to rectify these buildings – we are doing the hard work,” she said.

“Some of these buildings are 30 to 40 years old – they’re of a historical nature and the department … and the taskforce has been proactively keeping the ICAC Commissioner informed as to the progress of this matter.”

Following the revelations about Marrara stadium, the government announced the establishment of a building compliance taskforce in June.

Ms Lawler said the taskforce was intending to publish the list of affected buildings “once details are confirmed”.

The launch of Mr Riches’ investigation into Marrara Stadium in March came shortly after Ms Lawler triggered a never-before-used clause in the Building Act to temporarily exempt the facility from the key safety certificate.

The stadium is the home of major AFL and NRL games, and part of the Marrara Sports Complex, which is owned by the NT government.

In March, Ms Lawler said the temporary exemption was designed to give a building certifier time to assess the facility and provide the required certificate.

She said the stadium was safe and the government was still working to secure certification.

“Certification is expected to be finalised as soon as possible … a short-term exemption through a gazette notice has been issued in the interim.”